There’s a huge demand of Government jobs in India, because of the several perks and security offered in the Government jobs. In today’s post, you will find amazing opportunities for the graduates, post graduates & qualified specialist in India.

But, the primary thing is, you need to follow right steps, to know your qualified and suitable Government Job in India. Let us check out the list of some easiest government jobs in India. 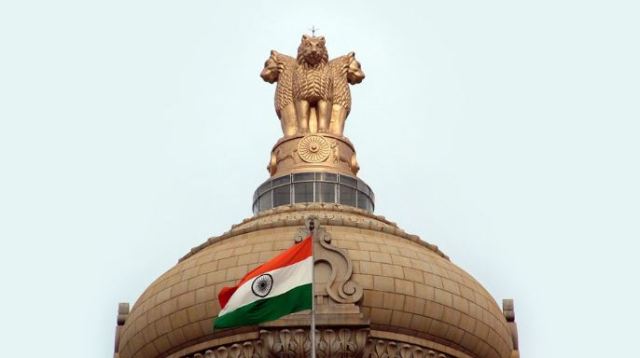 If you are interested in foreign affairs & diplomacy, then IFS or Indian Foreign Service will be an ideal job sector for you. The IFS officers are selected from candidates who clear their civil services examination. IFS is considered to be the premier administrative options, besides IAS, and renders the candidate barred to apply for the civil services exam, when selected. As far as the work profile is been concerned, the IFS officers can be trusted with implementation and formulation of the foreign policy matters as well as conduct the diplomatic operations for a country.

Indian Police Service or IPS is an only service attracting attention in the contemporary times. Indian Police Services are the part of highly sought-after All India Services or AIS appointments made by the civil services exam. IPSO are generally appointed as a guardian of law & order at various positions across the nation. Any new joiners will be appointed at a position of the Assistant Superintendent Police and over years will get promoted to become the Director General of Police and Commissioner of Police. The punitive and investigative powers enjoyed by an IPS officer all along with administrative functions will make this the highly interesting government jobs today.

Staff Selection Commission is the government run institution in-charge of the recruiting staff for various governmental departments. Staff Selection Commission conducts this exam based recruitment procedure for the Group B posts as well as non-technical posts at different ministries and departments of Indian Government. This agency conducts the SSC CGL Examination for recruiting candidates for various desk & field jobs that are offered in a central government.

This exam is conducted by UPSC twice in a year and candidates can join as an officer at Indian Armed Forces after clearing this exam followed by SSB interview & medical board. Candidates just have to apply on internet for this exam, study very well & get through the exam.

Key to the Defense academies is SSB interview. Forces aren’t looking for brightest minds that are full but average minds that will be trained for meeting the requirements & minds that will adapt accordingly. In easy words you do not have to be the smartest and brightest one, you only have to be clever. Though practice is needed for the SSB and there are many retired officers who will guide you.

The PSC examinations are conducted by State Public Service Commission and they recruit candidates for different administrative posts. It advises on various methods of the recruitment to different Civil Services of States. They advise on the principles to follow for the appointing candidates to the civil services.

Besides the appointment of a candidate, it sets certain rules for granting the promotions, transferring the candidates from a service to other, and promoting higher ranks. Jobs that are offered by the state public service are identical to the civil servant. Most of the local government jobs like MRO, RTO, Tahsildar are paid very good and also come with additional benefits like medical facilities, official residence, and more.

Suppose you are in teaching then becoming the government university lecturer will be the right choice. Good paycheck and government holidays are some perks of the job. You may inspire the youth of our nation. This is the best choice to secure the central government job. Job pressure will be very minimal and fun of spending a little time with the young minds is quite immense. The lecturers are encouraged for taking up the research that is generally funded by the Indian government. There’re different exams that one may appear for being the government professor or lecturer like NET.

Insurance jobs are the highly beneficial jobs of our country. Work needs one to inspect as well as analyze running policies, claim to process, plan new schemes, and interacting with the clients. Salary is in proportion to benefits that are provided. National Insurance, LIC of India recruits many graduates each year.

The basic eligibility criteria is university degree. Thus, it is the highly preferred options by the graduates across the country. The career with such corporation can be highly beneficial. Pay scale will be good and work pressure is also manageable.

The government doctors in the institutions like AIIMS or other hospitals are very much respectable. They also get the higher payments as well as are given good opportunity of serving the poor. Demand of this job is quite high. Work at times needs staying up late nights as well as traveling to the rural areas for serving poor people. Benefits offered are in proportion to its job demand.

This field is well suited for the female aspirants because caring for somebody comes to them naturally. Furthermore, there’s the satisfaction with job profile and one learns daily something new & instill positivity in their surroundings.

Why Is Government Jobs Required Today?

Our government recently passed one bill that is about the employees working in the private company. According to the bill, private limited organization will fire anybody in the company just by giving notice period of months that means no private sector jobs are permanent. That is why everybody is seriously looking at the government sectors jobs.

These are the government exams, which are simple to crack and as I said, whether an exam is easy or complicated or difficult the most important thing is doling preparation. Good preparation can induce success. An amount of time that we spend increases our cut off we will score.