Aviation sector is gaining huge attention among masses today. If anyone wants to become the pilot and wish to touch the sky then it is the time you must live your dream. In today’s post we will learn how one can become pilot in India. Let us start:

How to Achieve Your Dream to Become Pilot in India?

There are 2 ways to become a Pilot in India, let us explore about them in complete details.

The Civil Aviation License needs to have licenses like the Student Pilot License that has to be aimed at 16 years and private pilot license at 17 years and final license that allows you fly the passenger flights are the Commercial Pilot License that can be availed at 18 years. Rules for procuring a license for IAF differs from a type of process to another. 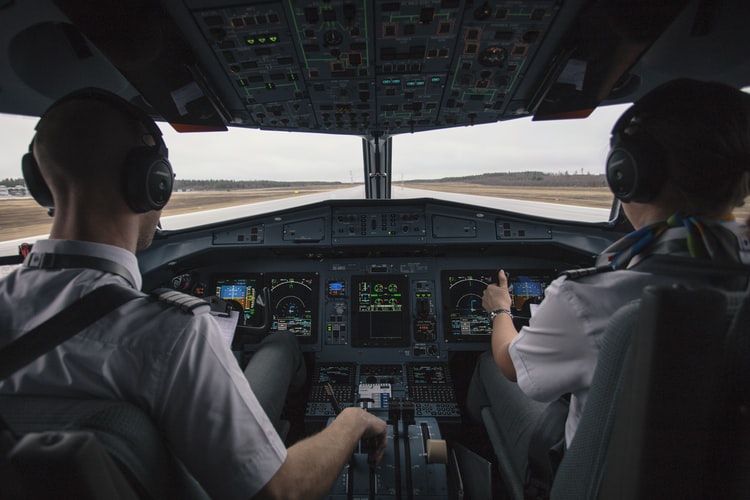 The Commercial Aircraft Pilot in India is a skilled professional that can fly aeroplanes and helicopters for the business purposes that includes transportation of the passengers or cargo, emergency rescue, traffic monitoring, and evacuation operations, firefighting, aircraft testing, and crop dusting. Generally, the commercial airlines appoint two persons as the pilot crew; first person is Capitan and second is Co-Pilot or First Officer.

Courses and Eligibility for Commercial Pilot in India

Given are some details about the courses and eligibility criteria to become Commercial Pilot.

An individual who is passionate to serve our nation may opt for courses that offer defense licenses. There are many benefits of getting in the course and after completing the training successfully, you are paid really well. Suppose you are efficient, you can be paid during your training period too.

An interested candidate applying for IAF license need to have some qualities because serving our nation is the duty that needs to be accompanied by huge responsibility. With the characteristics of a good pilot, a candidate needs to be a great soldier. It is important to should have presence of mind, efficient decision-making ability, and agility, adaptability to change, sense of questioning, stamina, and firm mind.

There are many options by which one may become pilot by getting a license from IAF. You may get a license by applying directly to NDA or National Defense Academy, to be the member of National Cadet Corps and are Air Wing Sr. Division ‘C’ holder, getting Short Service Commission that is one scheme to be the part of Indian Air force for only 14 years, or can apply via Combined Defence Services Examination.

Courses and Eligibility for IAF

Some leading institutes to pursue Aviation course are:

Note: Each institute mentioned here has got their specifications about physical fitness & eyesight specifically.

In India, to enter the flying school, it is important for a person to take an entrance test that is offered by them. Additionally, you have to clear the physical fitness criteria that are specified by the schools. Actually, this is a toughest part and only fit person will get the admissions in the recognized flying schools. Cost of courses offered by the flying schools is quite high and will range from 20 lacs – 25 lacs. Most of the banks offer loans of over 50% for joining the schools.

Important Things to Know to Become a Pilot in India

Never get confused between the regular pilot and pilot with IAF. The INF pilots will be recruited via the NDA exams. The trainings will be offered for free. When inducted in the IAF, pilots get the salaries that will be on par with Indian government salaries.