As a part of stimulus package, Centre announced the policy for the public sector enterprise designed on a principle of defining the strategic sectors, which can have 4 public sector undertakings or PSUs. It dictates a strong push towards privatization. Let us explore this issue further.

Privatization of PSU in India 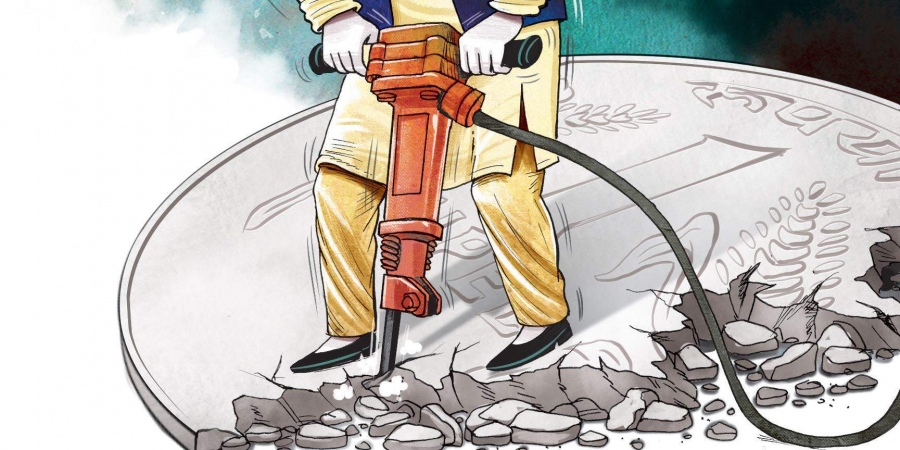 The union finance minister of India Nirmala Sitharaman recently has suggested that public sector enterprise can be based on principal of having one PSU or maximum of four at the strategic sectors. Government can allow for the private sector participation at these sectors with a goal of fostering the higher competition. Government expects this step to result in the improved efficiency of the sectors. This process of definition on strategic sectors is possible to be given by Centre in weeks ahead. Government stated that it can exit all the PSUs, which are in many other sectors.

However, why to privatise the profit-making PSU and what comes in play isn’t a lofty “business isn’t a business of government” deal, but mundane fiscal imperative. The disinvestment target by Finance Minister of crores needs to be met. It’s this fiscal need that drives privatisation. Let’s revisit this question: Do you think profit-making public sector undertakings be privatised? It’s good to know what our former PM Manmohan Singh said once on this issue. He clearly made an assurance that government will not “privatise the profit making PSUs that are working in the competitive environments”. That’s, if an output rate is the competitive rate and you will make the profit, then you’re efficient and need of privatizing doesn’t arise.

Will privatization move be successful?

Our attempt in dismantling PSUs over years has seen very little success, and with big-ticket privatization happening between 1999 to 2004. From then, all governments have tried disinvesting & privatizing. However, it has led just to the incremental progress, without any big-ticket privatization happening till then. Let us take an example if Air India, its national carrier that Centre has tried to privatize. But, it met with the limited success. The fierce opposition from the unions, concerns of graft & criticism of sale of the “family silver” will act as the major hurdles to this drive for the privatization.

What is an upshot of selling the public sector firms?

Most of the PSUs make losses as well as are funded by largesse of taxpayers. Public resources that are spent on them can be utilized better elsewhere, particularly for the development. Selling this will defer non-tax revenue that can be used for augmenting the public infrastructure. Furthermore, their turnaround by private sector will generate the tax revenue for government.

Why not to disinvest, instead privatize?

The Centre had a little success with the disinvestment over years. And of late, majority of the disinvestments can be funded by Life Insurance of India. Problem in the disinvestment is it doesn’t ensure the change in the enterprise management. For making the PSUs efficient, there’s the need of bringing in the private management, which runs it with an aim of maximizing their profit. Therefore, privatization is very important and disinvestment the second-best choices that yields good revenue for Centre, however, doesn’t improve condition of an enterprise.

Is there any privatized PSUs that has performed well?

One good example of the privatization and effect on its enterprise is the Hindustan Zinc. The BJP government led by Atal Bihari Vajpayee sold around 45% of the Hindustan Zinc for INR 769 crore in the year 2002. Around 30% stake government retained was been valued at more than INR 20,000 crore. Company became world’s second-biggest zinc-lead miner as well as the top ten silver producers. The management change & privatization thus will raise shareholder wealth by improved efficiency.

The short-term & long-term plan for disinvestment of PSUs, made by the exchequers’ money, have to get shared with nation. And notion that it is an ad hoc temptations & long-term strategy or socio-economic considerations don’t weigh with government needs to get dispelled.

The elected governments have got an inalienable obligation of reconciling our growth with equity. Suppose its growth narrative is overwhelmingly decided by private sector, governments must necessarily script their equity narrative. Or growth can be nothing but the barren cloud. As each welfare economist will vouch, getting growth without equity will be worse than the equity without growth. The private firms might refuse to give away subsidized LPG to Poors of our country.

As PSUs are the important employment source thus employment will be affected. PSUs offer the good salary to freshers of the core stream like electrical, mechanical, electronic as well as civil engineering students. Suppose the students of any core branch do not get job then there’s the high chance that the admission to the core branch will be decreased.